This just in from the State of Wisconsin:

Thirteen confirmed cases of illness in southeastern Wisconsin have been linked to consumption of unpasteurized milk, public health officials said today, and they cautioned residents to discard any unpasteurized milk they have in their homes. 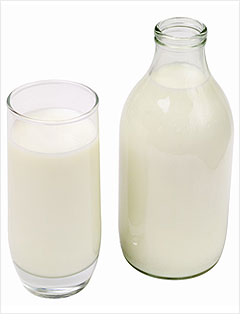 The Wisconsin Department of Health Services and the Wisconsin Department of Agriculture, Trade and Consumer Protection said individuals have tested positive for campylobacter jejuni, a bacterial infection that causes gastro-intestinal symptoms and fever and that occasionally leads to severe complications. There are other people in the same households who are ill, but those test results are not yet available, officials said.

The onset of illness was Aug. 14-20. All victims had consumed raw milk or been in households where someone else consumed raw milk and became ill. Campylobacter can be passed between people as well as being contracted directly from contaminated food.

Campylobacter jejuni bacteria cause nausea, diarrhea, abdominal cramping, fever and vomiting. Rarely, it can lead to temporary arthritis or paralysis, generally after the initial symptoms have disappeared.

Anyone who has these symptoms and has recently consumed unpasteurized milk or dairy products should contact their doctor. To prevent spreading Campylobacter bacteria, follow proper hand-washing procedures and wash down bathroom and kitchen surfaces with an antibacterial agent.

Selling or distributing raw milk and raw milk products is illegal in Wisconsin.